Are there times you wish you weren't a little?

Littles here answer questions about being a Little.
Note: Littles do not answer site-help questions.
Forum rules:
* * * CLOSED TO NEW TOPICS * * *
Please post all new questions in the main General Discussion area of the site.
This NOT an area for personal ads!


Only people identifying as Age Regressors (littles, middles, adult babies, etc.) or switches should be replying to these topics!
Reply

By JacquelineNought -  2 years ago
-  2 years ago #53044
My family knows nothing about me being a little and it's really stressful having to force myself to be an adult when I'm overwhelmed. Driving is the worst when I'm a little and sometimes it causes me to have panic attacks. I have a minimal support structure to help me get through overwhelming situations but I really need to find my own CG who can be there for me when I need help.

I figured out I was a little (didn't know the term) when I noticed my best friend (who is a switch) exhibiting the same behavior I do when he got overwhelmed. I felt negative about being a little until that point because I felt ashamed that I had to age regress to feel safe. As for accepting my tendency to age regress, I'm kind of forced to do it because I've been doing it for so long, there's really no other way I know how to cope. 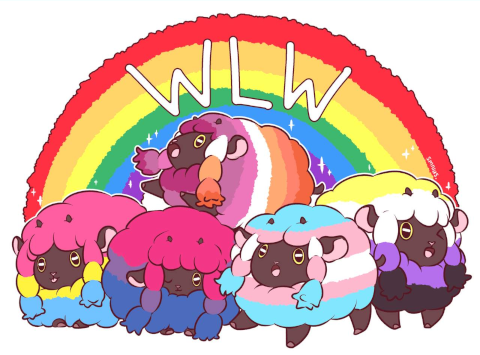 JacquelineNought wrote: ↑2 years ago My family knows nothing about me being a little and it's really stressful having to force myself to be an adult when I'm overwhelmed. Driving is the worst when I'm a little and sometimes it causes me to have panic attacks. I have a minimal support structure to help me get through overwhelming situations but I really need to find my own CG who can be there for me when I need help.

I figured out I was a little (didn't know the term) when I noticed my best friend (who is a switch) exhibiting the same behavior I do when he got overwhelmed. I felt negative about being a little until that point because I felt ashamed that I had to age regress to feel safe. As for accepting my tendency to age regress, I'm kind of forced to do it because I've been doing it for so long, there's really no other way I know how to cope.

I can relate on the issue of family knowing nothing about this area of my life, as well as sometimes feeling overwhelmed with routine responsibilities. I'm sorry you're struggling, but I promise you're not alone and that what you're feeling is a completely normal response to have when you're in need of support and understanding. I know that's how I've personally responded countless times in my life.

In regard to bolstering your support, have you exhausted all of your local support options lately? Clubs, groups, meetings, etc.? When I'm in particular need of support, I just search for local groups that have even a slight connection to the things that are going on in my life. Even if you've searched recently, it never hurts to check again for anything new, or to expand your criteria for what you're looking for. I've met incredible people at events and meetings that originally had nothing to do with the issues I was going through, only to find out after meeting them that they shared similar interests, including CG! It never hurts to check...

I also don't want to bring up a sensitive subject like therapy, but having to suffer through panic attacks alone is scary and you shouldn't have to. I see a therapist that I trust and that I'm able to tell things to that I would otherwise keep bottled up forever. Seeking help in that area for a medical concern should be a top priority so you don't have to continue fighting them by yourself, if you haven't already. I'm able to control the vast majority of my panic attacks now with things I've learned and it's made my life so much better. I promise it's worth it if you can.

I know these aren't profound insights, but I just wanted to pass along any information I had in case it may be useful. I hope it helped a little, if only to know that you're not alone and that someone else is thinking about you and wishing you well.
Flourish where you are, with what you have, and with those you love.

By alb -  11 months ago
-  11 months ago #54765
I'm very new to recognizing I'm a little. My spouse and her Daddy have been trying to help me, but it is really hard because I still want to have my spouse as my Mommy the way it was before we had kids, yet I want to be an adult and take care of our kids as their parent.

My spouse is also a little and found her Daddy because she finally couldn't put up with me acting like a spoiled brat and taking it out on her since she couldn't take care of me. All three of us have been talking and I really like her Daddy, but am so terrified of losing my family if I don't let go of my little because of how my relationship with my spouse has turned out.

I'm so confused by everything and scared all the time, especially when I'm at home. At work I can "turn off" my little completely. I seem so much happier and able to deal with stress and responsibilities which is how I want to be able to function all the time.

By Baby13 -  9 months ago
-  9 months ago #54986
Yes, because nobody knows that I am and wouldn't understand and I feel like I shouldn't do this and I'm ashamed but other times it helps with stress and to relax and get away from reality for awhile

By Deleted User 62111 -  9 months ago
-  9 months ago #54989
Mostly when I first open the parcel containing a new onsie and in my excitement to wear it for the next week and a half (Not literally, any daddy would have an issue with that for basic hygienic reasons, but you get the drift) and I realize that parts of the upper zipper is really scratchy or I can find the stitch that is making me itch... It's rather awkward to try to explain to someone that 'YES I do wear onsies' and also 'do you know how to stitch?

seems to lead to a lot of other questions and when it gets from bottles and diapers to text messages at ten telling my university friends to pick me up a block away from my place so that my daddy doesn't catch me is usually the point that they realize that they don't want to know all of the details of my life, especially when the daddy they see storming down the drive when they drop me off later is in fact NOT my biological father, and no I did not get adopted, and also both of my parents are still together and both monogamous and he is also not my sugar daddy... Soooo

'movies Saturday?' I'm too carefree for the harassments so people either judge and I show them that when I say I don't give too hoots about their bigotted beliefs, I also mean "Keep talking, because there is OH so much worse that I can do then laugh and call you names. As long as the narrow minded obstacles know to make room enough for me to keep on walking, then there's no reason that the entire neighbourhood needs to know of ALL the dumb and illegal stuff they do in their spare time or deal with the numerous lawsuits that I will enjoy piling up on them in the courthouse for multiple accounts of harassment, defamation of character, blatent and public acts of discrimination and sooo much more. I personally find the whole taking legal action aspect to take a lot of time out of your day, but the threat of easy charges and very readily available and abundant amounts of evidence and witnesses more than makes up for it and it gets most of the stubborn ones to back off quick. Do your research and open up to a lawyer so that you know what your rights are, once you sign the NDA and with client confidentiality, you can get a lot of useful information from a lawyer that is good for your day to day and reduce the risks of your personal preferences having much affect on your social or professional lifestyle. when they know they're in the wrong and you've got the legal power to defend yourself, you don't need to hide or question what things would be like if you didn't become your little every once in a while. I find it's a great confidence builder when you're out in public and teaches people that they can't just go around passing judgements on people and harassing or discriminating against anything you do as long as it's consentual and legal, because cuddling stuffies and using a binky hurts no one but the other little you might have stolen it from, but I'm pretty sure our big counterparts can figure out how to manage that sort of situation on their own, I mean bigs are usually really good at keeping the peace and just being sketchy mindreaders who always know when we were up to something mischievous

(I feel like they can read our minds and that scares me) Cause y'all don't wanna know what's in my head, I went from wondering if I could crunch up cheesies into my kraft diner to make it cheesier to trying to find a pair of scissors that actually had a blade on them so I could direct my frog stuffie

I never did find out if they actually put a heart in him at build a bear, All I ever found while I was with a big were these fake plastic 'safety scissors'

(funny how the one time I decide to imitate something I did in highschool, that all of the sharp bladed objects were missing from the kitchen drawers...) And bigs say they can't read minds HA! I know better, I'm onto them now!

The Little personality trait is not a sexually-bas[…]