by Pink3teal21
So I just wanted some advice from people who might understand my point of view. I'm married and completely in love. I recently talked to my husband about ddlg again for maybe the 4th or 5th time, he'd previously been very vague about where he stood with his opinion, so vague I thought he might've felt positively towards it which is why I kept bringing it up. This last time he told me how he really felt which was pretty negative he actually got upset with how much he disliked it which is rare for him. He wasn't misinformed, surprisingly he was very knowledgeable for someone completely outside the community, it's just that ddlg is definitely not his thing. This is all completely fine, liking different things, even though he dislikes it he didn't judge me or anything. Being a little is part of me, I've packed up all my things I had around our house that were for my little self, coloring books, my knee high unicorn socks, everything pink, I packed it all away. I replaced it all actually because it was so many things, down to my toothbrush its purple now instead of hello kitty. I couldn't throw it out because it means so much to me I just locked it all away to hide so he doesn't have to see it anymore. In our discussion I told him about how I've been a little all this time and so he knows all those things are directly tied to me being little. He didn't explicitly tell me he didn't want to see it anymore but I feel so guilty having it now I get sick to my stomach when I see it, ashamed when I slip up and start talking like a little like he'll pick up on it and tell me to stop. I was just wondering if anyone had any ideas on how to be a little without a daddy, and maybe some support for a little who's littlespace is now locked away in a closet.

by LittleLoliFur
Honestly that's super sad. I'm not married, but I've been with my Wolfie for almost 7 years, and I'm very lucky that he likes the cgl dynamic, though we're still working things out a bit to get it right. However, you do not need a daddy to be a happy little. But, in my personal opinion, if you ARE in a relationship and they aren't into that dynamic, they should STILL be supportive of you. It's ok that your husband doesn't like the cgl dynamic, that's totally fine. But you should never feel ashamed to be who you are, especially when you're with someone who you're spending your whole life with. That's an awful long time to feel shame and guilt. You need to know that it's ok to be you, and your husband should be ok with that too, he married you after all. I cannot give you advice to handle having your little space locked away, my heart won't let me. I think you need ANOTHER conversation with your husband about this. Let him know you know his stance on the topic, you are fine with that, but that you need to be you and you can't feel ashamed about it your whole life. Who knows, maybe he just doesn't want to partake himself, but is ok with you being little. I encourage you to talk to him more. Do not shove your little side in the dark (it's scary in there.) I wish you luck! Stay adorable!

by KymperCuddles
I think our brains develop a Little self (mine reminds me of my second language ego, but more developed) for a specific reason. Recently I've been allowed to explore that self had a breakdown-or-breakthrough experience. If I were forced to lock Little Kymper away, I think it would be as unhealthy as closeting my sexuality or gender. So, I would say you need a safe place to be Little. Maybe the next time you move you find a place with an extra room to put all your little things in, so that--rather than being locked away--you can go in and use that space when you have time to be Little, but not fall into it when you need to be big.

Trying to find a new home just for Littlespace is a big ask, so you could look into a she-shed. If you are poly, perhaps you can find a safe big whose house you can Little at. This doesn't have to be another relationship in the traditional sense, but perhaps just someone with whom you can have a vanilla, non-sexual CGL dynamic (see relationship anarchy chart attached). Alternatively, some cities have "Little Scouts" or other groups so you can Little with other Littles. 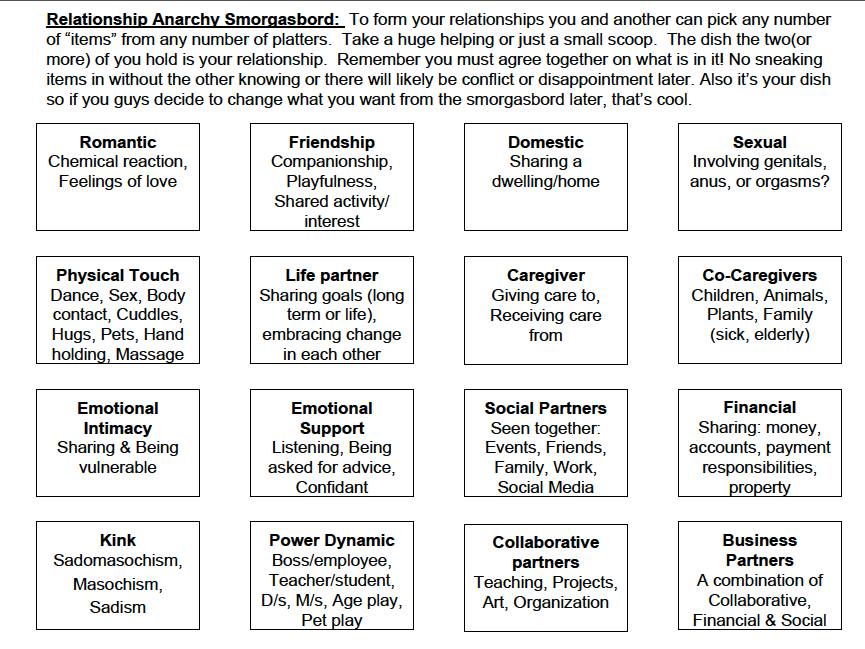 by admin
Perhaps there has been an unnecessary knee jerk reaction with what seemed like your partner’s rejection of you being a little. I feel like there’s a couple of points that are important to keep in mind when taking this situation in and reassessing it. The major point is that he probably mistook your reveal as something he needed to react to rather than just accept terminology of when it comes to your quirky tendencies.

In assuming your little items existed in your home for weeks, months, or years then one can assume these things probably don’t bother your partner as much as you fear. The objects are not “the problem” and likely don’t need to be moved around.

Assuming your partner does have an accurate idea of CGL and littlespace then it’s possible that when you revealed yourself as a little he mistakenly assumed you were also defaulting him to be/become your Caregiver.

If he’s already learned about what littles are then he’s already known and accepted this about you. He probably found the information when looking up something about your preferences he recognized as different than most other adults. If This was truly a problem before then I feel like he sounds confident enough to have brought it up to you before you fix to him. He sounds like a man who’s pretty confident of who he is and what he expects.

“The problem” falls into the likelihood he’s accidentally assuming that you want him to be/become your Daddy in some way and that when you were telling him about being a little you were also discreetly asking him to treat you differently. Being a little is a personality trait. Being a Caregiver is too. So, perhaps he knows he isn’t a Daddy-type and he’s uncomfortable being placed into such a position so snapped back with a generic reaction that sounded like rejection of you instead of rejection of himself being placed where he doesn’t belong. Treating an adult partner as if the are your child, even if only occasionally, is not for everyone and that’s okay.

It’s one thing to learn a new term that describes someone you already know well. It’s something else to feel like you need to alter your own behavior and comfort levels to “correctly” interact with that person after learning about a new term for a part of who they are. That’s a lot of pressure to conform to someone else’s happiness. I’m not saying that’s what you expected but it could be what he mistakenly took from you choosing to tell him about being a little. Now when you start using your cutesy voice maybe he thinks you are expecting him to treat you as if he’s your Daddy and not just your partner. That—the idea that you’re suddenly expecting him to be your Daddy—could be what’s making him so uncomfortable.

As you’ve probably figured out by now, you absolutely do not need to have a Caregiver or special interaction to be a happy little. You can enjoy being a little without expecting another person to treat you differently. This might be what you need to discuss with him so that it’s made clear to him that you aren’t expecting him to change or to treat you any differently. It may even be good to outright tell him that you aren’t asking him to actually treat you as a child or be a Caregiver to you when you use the cute voice or he sees you being a little goofy. It may help to let him know that nothing is changing, his life isn’t about to be overran by some extreme desire for his partner to always be treated as a child, and no new expectations are being placed on him that he should be pressured to perform at any time.

When wanting to express your little self more outwardly then do so as you’ve done in the past. There’s likely no need to change your general behaviors or hide all of your little items away. Try to be discreet and reasonable, as I’m sure you’ve always been. Don’t force him into talking down to you or being comfortable with you in a way you weren’t before. Respect him and his space too.

Talk with your partner and make it clear to him that there are no new expectations you’re placing on him. Let him know you’re not asking him to take care of you in a way that doesn’t match the relationship structure you’ve had previously, and that you’re not placing him as being your Daddy. Be open, honest, and clear. Let him know that when you can’t out to him that you just wanted to share some language with him but that nothing was or is expected to change, and that you fully intend on being the exact same person as you were prior to the reveal of “being a little”. Reassure him that nothing was expected to change.

Communication is key. This may mean having many, many talks about this to reach the mutual understanding and security. It may take awhile to reassure him and for you to feel comfortable again but you should definitely try. I believe you can work through this discomfort and feel fully yourself again if you keep working with him.

by Pink3teal21
Thank you everyone for your thoughts. We actually did have another conversation and he told me that he doesn't mind me having my little stuff around the house or being little around him or speaking little he just isn't going to be participating. I told him how I felt about it all and he told me to just be me, big and little. Tanks again!

by Deleted User 58586
Hey, I’m 21 and have known I was a little for several years. I’ve never had a daddy at all and it can get really lonely at times. But I’ll try to carve out time to have to myself and let myself be as little as I can. I can’t regress very well on my own (to independent) but that’s not the same for others. I’d say give yourself an allotted time of day or day of the week and just do you. Maybe make yourself a goal sheet or rewards paper that will make you feel better?
Sorry I’m just growing off of what I think, I’m not very active yet since I haven’t met to many people who are little and haven’t found a daddy or a mommy yet. Hope you figure it out, sending hugs and kisses!!!

All times are UTC-05:00
Page 1 of 1
Powered by phpBB® Forum Software © phpBB Limited