Self harm (biting) during regression

Caregivers, Mommies, Daddies, adult babies, middles, babyfur, diaperfur, and all other Bigs and littles discuss regression, relationship dynamics, have open group conversation, share experienced advice, and exchange ideas to help one another grow in knowledge.
Note: Personal ads are NOT permitted.
Forum rules: This section of the site is for open, group conversation and public discussion topics within the community.

Self harm (biting) during regression#55369

By nestledinstars -  1 year ago
-  1 year ago #55369
Ack. Okay. So, I was kinda just cruising--half in and half out of littlespace, and my dad came into my room and asked me to draw out some pipe diagrams for him, since he has plumbing to do. Since I was more in littlespace than out of it, I just kinda nodded along even though it was more or less just going over my head.

Weeeell. Little me doesn't like stress or feeling overwhelmed to do things. I've already been kinda stressed this week because of Adult Things piling up that I just haven't been able to get to because of medication-induced fatigue. I've already been having an issue with needing to bite/chew when I'm anxious, but it's never been directed towards myself. But I guess today, it was. I just ended up biting at my wrists.

But I don't really like the idea of hurting myself, so I need to figure something out. I can't keep anything that wouldn't be considered age appropriate, because literally only my little sister knows about my tendency to age regress. So having a pacifier or anything like that is a no go for me.

Is there anything I can do to combat this, then?

i hope youre doing better now

hmm the things that come to mind that you can chew without anyone else knowing: are either gum or like the top of pens or even pencils. It's not the best but it's something though gum seems like the best option. Or like maybe cover your hands with a larger shirt and chew on the sleeves?
I can't really think of anything else right now but if I remember I'll write it down :>

Kinda glad about that. But thank you!! Gum is a good idea, I dunno why I didn't think of that. I ended up chewing the tail of one of my stuffed animals the other day, the poor thing. Anyway, thank you again.

i hope you stay okay
aww poor stufie but you're welcome!! im glad i could help :> but again if i find more stuff since you might not always have gum, I'll be telling hehe

By Motherly -  1 year ago
-  1 year ago #55373
It sounds like you seriously need to speak to a therapist. Feeling like you are no longer in control of yourself is worrisome since it can point toward some serious mental health issues you may even unknowingly be facing. You are irreplaceable so this is worth seeking a professional for help.

This is probably just a manifestation of stress, anxiety, depression, or a combination since you’re insisting that biting yourself was not within your control or conscious decision making capabilities. It could be something much more serious though, especially if you honestly feel you were truly unaware of attempting to injure yourself. That’s why it’s important to speak to people who have professional experience and education about mental health.

Don’t be afraid to see multiple therapists. If you don’t like one then go see a different one. Just like any doctor, not all therapists are a good fit for your health so keep in mind that it’s okay to check a few out.

Being a little is not going to transform, especially unknowingly, in the way you’ve described. Being a little does not coincide with the notion of losing self-control or awareness. Being a little itself is not a mental disorder or dysfunction. Being little and expressing your regression, even frequently, won’t wipe away your maturity and capabilities as an adult or cause you to become oblivious to what you already know, such as dangers.

You just shouldn’t be having experiences that are out of your control. That would have nothing to do with regression. Please take care of your mental health and start seeking professional therapy to work through these times so that you can not only have a well functioning adulthood but also have the opportunity to enjoy regression.

You can also contact me at littlespaceonline @ gmail.com if you can't reach me here!

By nestledinstars -  1 year ago
-  1 year ago #55382
Thank you for the feedback. I wouldn't say I was completely unaware--I knew I was doing it, but there was no thought prompting the action to begin or stop. I think it was just everything I had going on bubbling to the surface at once.

That being said, I do have a lot of unresolved trauma, so a few of my family members have pushed me to seek therapy as well. I'll see if I can call the place I used to go to and get an appointment. (Under a different therapist, of course... the one I had back then wasn't exactly helping me.

Again, thank you. Maybe it's just high time I have someone to talk to and help me get through all of this.

By BunnyPhoenix -  1 year ago
-  1 year ago #55403
I don't know if my suggestion is too late but I recommend that you get a teether. If it is a simple necklace design no one will know what it is and when you get the urge you chew on it. I also have a problem with biting and I recommend this. 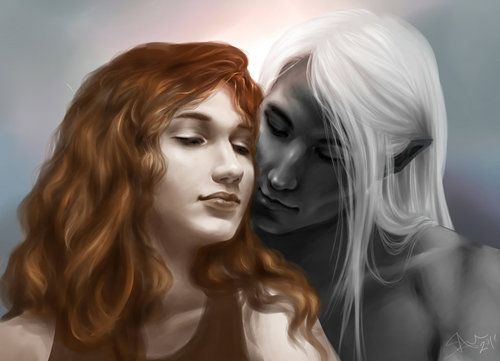 By Usafewithme -  1 year ago
-  1 year ago #55404
Hello,
There is a product called control-it. It's basically a cream that you rub on your hands that tastes horrible. It's made to help break infants from thumb sucking.
When you feel you anxiety building up you could rub it into your hands and wrists so if you bite or chew on yourself the icky taste will help your mind wake up to what's going on.
I must stress that this advice is only to help you until you find a therapist that is equipped to provide any and all help you may need.

Just my opinion
I hope this helps

By LittleNightWanderer -  4 months ago
-  4 months ago #57256
Think I’m a bit late, but some things I chew on when in public is; loose clothing(long sleeves of hoodies, shirts, etc.), gum, lollipops, breath mints, and straws(I just get a drink, and pit it in a to-go cup that has a straw, or order one to-go). Hope this helps.

This one can handle adult teeth too. I hopes this helps

These are the things you need to think through bef[…]

Well the breakdown of my username is something lik[…]

Here's a site I found with lots of selection, but […]