Extremely unhappy about not being a child anymore?

Discuss psychological disorders and concerns, physical health, and wellness.
Note: Friendship requests are NOT appropriate for this section.
Forum rules: Please keep in mind that topics on the forum are for open and public discussion and forum conversation. These are not requests to PM the user, but, rather, to have an open dialogue on the site.

If any person is looking for friendship or one-to-one private messaging then they should be posting within the Looking for Friendship area.
Reply

Extremely unhappy about not being a child anymore?#58684

By Milkywi -  1 week ago
-  1 week ago #58684
Hey
I've always tried my best to stay away from AB, DDLG, age regression communities as many tend to be overly sexual. Today I thought it could be a good idea to try nevertheless because my thoughts "haunt" me:

Firsly, I do not understand why I feel this way. I noticed a few years ago that, sometimes, I tend to act kind of.. "childish", with a "childish" voice. I never asked myself why it happened, I thought it was something everyone did "for fun". I've also been obsessed with kid shows, video games, toys etc that I used to watch/play as a kid. Sometimes I'd have dreams about my childhood, which would leave me feeling bad for about 1-2 hours until I went about my day.
Recently, I kinda figured out why these things happen "wow, i'm age regressing as a cope because my childhood was a shitshow". I guess it's the reason, isn't it?

I'm basically obsessed with the desire to become a child again. It's so bad that I wanna do cosmetic surgeries to look more like a kid (rounder face, for example, also smaller breast). I'm sad about the fact that nothing will make my skeleton smaller. My skin will never be smooth like a baby's again.
And it's not only appeaeance wise. I want my "kid brain" back; I wanna be creative, naive again. Find a way to have fun in any situation, with anything. Give a stick to a kid and it'll find a way to have fun with it. You know what I mean?

Today, I tried to find indoor playgrounds in my country (Western Europe). Of course there were a lot. But they don't allow kids that are 13 or older. Not a single one allows adults or teens under 18 in (which I understand, I suppose). The only alternative option I found, is to rent an indoor playground for 1 day. But God, wouldn't it feel lonely and remind me that what I'm doing is not normal for someone my age (I'm 20). I mean, imagine being alone in an entire playground that's usually full of kids playing and running around. What's worse is that I'd wanna play with other kids, but it's "weird" right. And I probably wouldn't get along with someone much younger than me for real.
When I see all those activities and places that are designed for kids only, I can't help but feel extremely depressed, because it's no longer a place that welcomes me. Adults see me as one of their own, no longer as an innocent, valuable being that requires caring and help. My body is done growing. My brain will probably "keep going" until I turn 25-30. I love kids, I'd help a kid in need anytime. But I want this treatment too because I've never had it. I had to act like an adult and have responsibilites at a very young age. I've never been able to take it slow and enjoy years of calm and naiveness. My childhood is garbage, my mom has never cared for me and my dad wasn't there. Adults all treated me as a worthless, annoying thing. Typing all this makes me wanna cry, man.
Even when I'm doing "kiddy things", I feel so weird, like there's something wrong with me, that I shouldn't be doing this because, now I'm an adult and it's my turn to take care of younger humans. But it's so unfair how it's "my turn to do that" when I've never had it in the first place. It's so bizarre. When I see kids, I wanna protect them. But I also feel extremely jealous. I'm so jealous that they can enjoy something I'd pay for.

I'm also scared that when I have kids, I might live "through" them; make them do things I would enjoy doing, like in that case, go to indoor playgrounds. That part is not too big of a deal when I word it that way, but I can't think of any other major example other than that. As their mom, my duty will be to act like an adult, be the support I've never had. But it hurts.


The whole thing makes me unhappy and worried about my mental health.

TLDR; no longer being a child makes me unhappy, obsessive and it's becoming a pathological issue.
Anyone here having similar issues/thoughts?

Re: Extremely unhappy about not being a child anymore?#58685

By Moondust -  1 week ago
-  1 week ago #58685
I think we have all been there where you are at. I still find it hard to be myself around others beside my daddy. I think the world just sees us as weird in a sad way. I do believe talking to a therapist would help you with some of it. I hate the fact that I can't go to a play ground and swing or go on the slide without having a child with me so I don't come off as strange. The play areas where I live don't have age limits but it doesn't stop other adults from saying things to you.

As for renting out a play area do it and invite your friends and tell them for one day it is unadult day. You get to act as a kid and have fun and forget your troubles. I mean we all need that from time to time. I have come to a point in my life where I am just going to play with the toys I want, color and watch all my little shows that make me feel better. I think looking like a child would be nice but I also know we grow and get older and no amount of surgery is going to stop that.

I would say being yourself but also talk to someone who can help you with the bigger issues with the mental health part. It works wonders. I hope it works out for you and if you need to chat can always find us in chat. 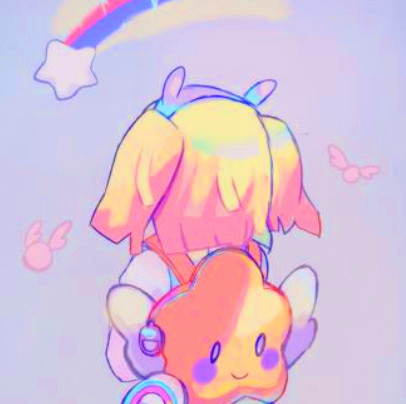 Re: Extremely unhappy about not being a child anymore?#58691

By lovetaste -  1 week ago
-  1 week ago #58691
I am sure a lot of us here feel the same way. You're not alone, you're just lost because you've lived a harsh life. Remember that it's ok to feel this way and there's nothing wrong with regressing- it helps you cope and there's no shame in that! Do what makes you happy and always remember to be patient with yourself. We're here for you!

Re: Extremely unhappy about not being a child anymore?#58704

By KyleWA -  4 days ago
-  4 days ago #58704
My advice is to find a place where nobody else goes, maybe it's deep in the woods, maybe it's a vacant overgrown lot in the city. Someplace where you can play diapered outside without being seen. If you have the means, buy some acreage to run around on!

* What is your favorite stuffy's name? Mhhh right[…]

I find it helpful to experiment, don't get hung up[…]

Heyo, So this question is for all the Caregivers […]

It’s a personality trait and not so much a h[…]